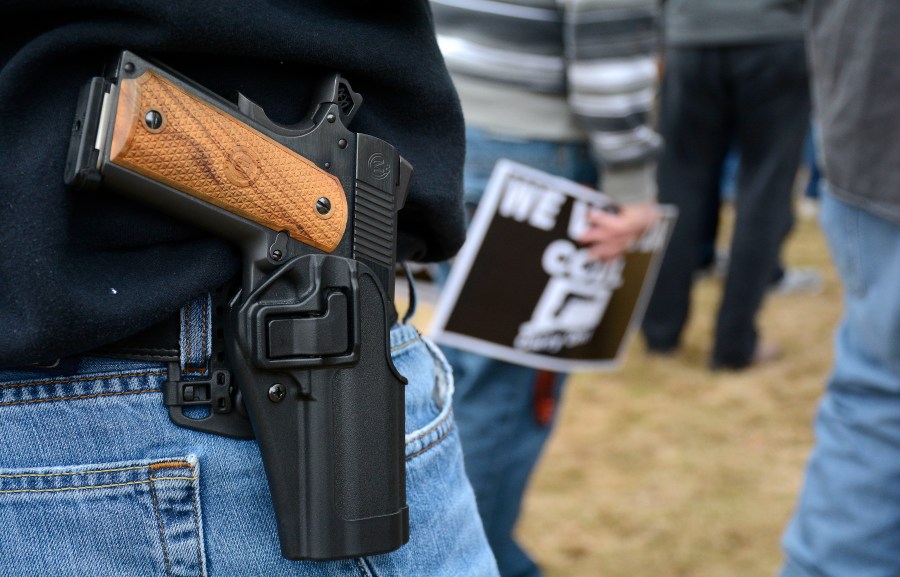 ALBANY, NY (NEWS10) —Prior to Thursday’s Supreme Court ruling, anyone applying for a concealed carry handgun permit in New York State had to demonstrate a “proper cause” which courts interpret as a “specific need for self defense” for carrying a handgun outside of the home.

Otherwise, applicants could only receive restricted licenses. Meaning a person may be permitted to carry a concealed handgun but only within certain perimeters such as carrying to and from work but no where in between.

However, those restrictions are no longer after the US Supreme Court struck down the New York State law restricting concealed carry usage. It was decided along party lines, six to three. According to Albany County Sheriff Craig Apple, there are still other qualifications one must meet which could determine whether a permit is issued or not.

“You have to have great integrity. You are a good character. You’re certainly not a criminal or if you were it was some stupid thing you did 15 years ago. Many times judges won’t look past 10,” explains Sheriff Apple about some of the qualifications, “so again, the judge could look at those qualities and look at your character and say, ‘I would have given you this and restricted it but now I don’t think I’m gonna.’”

Some eligibility requirements to have a firearm license and a concealed carry permit are:

When it comes to issue concealed carry permits, job falls on individual counties. Sheriff Apple says the application process can take upwards of several months. The process in Albany County, according to the sheriff, takes on average six months before a decision is made. New York State does not require prior training or experience with firearms before an individual applies for a permit.

During that time, law enforcement will go through nearly everything in a person’s history: from a credit check to speaking with friends and family. “We are sending investigators out. We do neighborhood checks. We take a few photos and put it in the background check. We talk to former spouses, former girlfriends, current girlfriends, current spouses, whatever the case may be.”

The sheriff believes removing the “proper cause” restriction could increase the number of applications for pistol and concealed carry permits saying, “every time the gun words come up, either pro or con, people think they’re going to get their guns taken. So they go out and buy more guns and they start filing for pistol permits.”