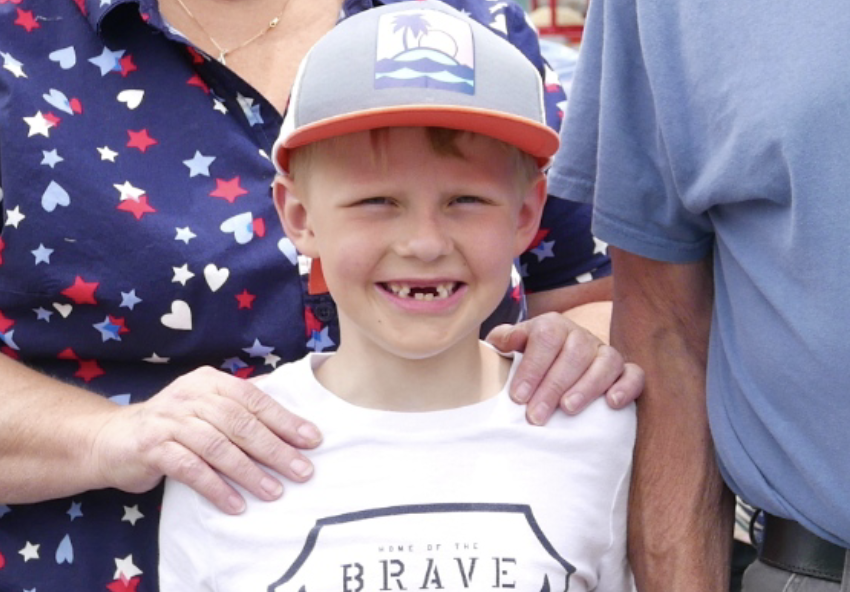 WATERFORD, NY (NEWS10) — One 7-year-old Waterford boy decided to raise money for the Veterans and Community Housing Collation for a second time with a good old-fashioned bake sale.

In August 2021, Teagan Nowc was heading home from football practice when his Mom, Moira, noticed he seemed unusually sad.

“Going out of the train store I saw a homeless Veteran. And it broke my heart,” Nowc said. “I just wish that he was happy, be happy for the rest of his life.”

Teagan and his mom decided they needed to do something to help Veterans. So, with a lemonade stand and grandma’s famous cookies, they raised over a thousand dollars for the Veterans & Community Housing Coalition.

This month, Teagan saw the home was trying to raise money for a new facility for Veterans who are having difficulty transitioning into civilian life. So, he asked his family if they could get to work again. Grammie agreed, and baked 47 dozen cookies.

They set up a stand in front of Benson’s Pet Store and sold $1,400 worth of baked goods and drinks. Benson’s added $800 to the total for a donation toward the coalition.

“This young gentleman is absolutely amazing,” the Veterans & Community Housing Coalition stated on their Facebook. “Thank you for being there for our Veterans.”