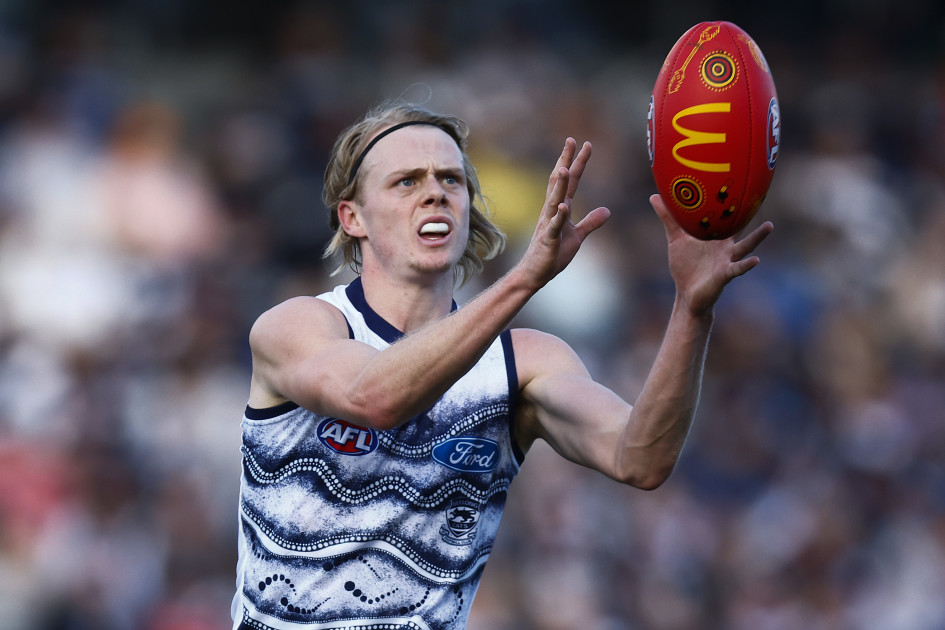 It would be safe to say that Geelong’s Zach Guthrie has had to be patient throughout his AFL career.

Taken in the 2017 rookie draft, the defender played just 20 games across the ensuing four seasons.

His form at the elite level started to turn in 2021, tallying 13 games (including one as an used medi-sub), playing two finals and averaging just over 12 disposals for the Cats.

In 2022, he has found a niche in the backline and has played some consistent footy across his nine appearances with career highs in average disposals (15.7), marks (6.6) and rebound 50s (3).

Although he has been managed for this Saturday’s crunch clash with Richmond, his form this season has impressed Brownlow Medallist Gerard Healy.

“Zach Guthrie is one I’d just like to make a note of,” Healy said on sportsday.

“I didn’t think Zach was going to make it, but they have persisted and he has kept persisting.

“He’s been managed and he’s out (this weekend), but his form this year has been a serious level above where he’s at.

Guthrie, 23, is sixth at the club for rebound 50s, seventh for intercepts, eighth for marks and ninth for average meters gained this season.

He has now played 42 games for the Cats including 22 over the last season and a half.