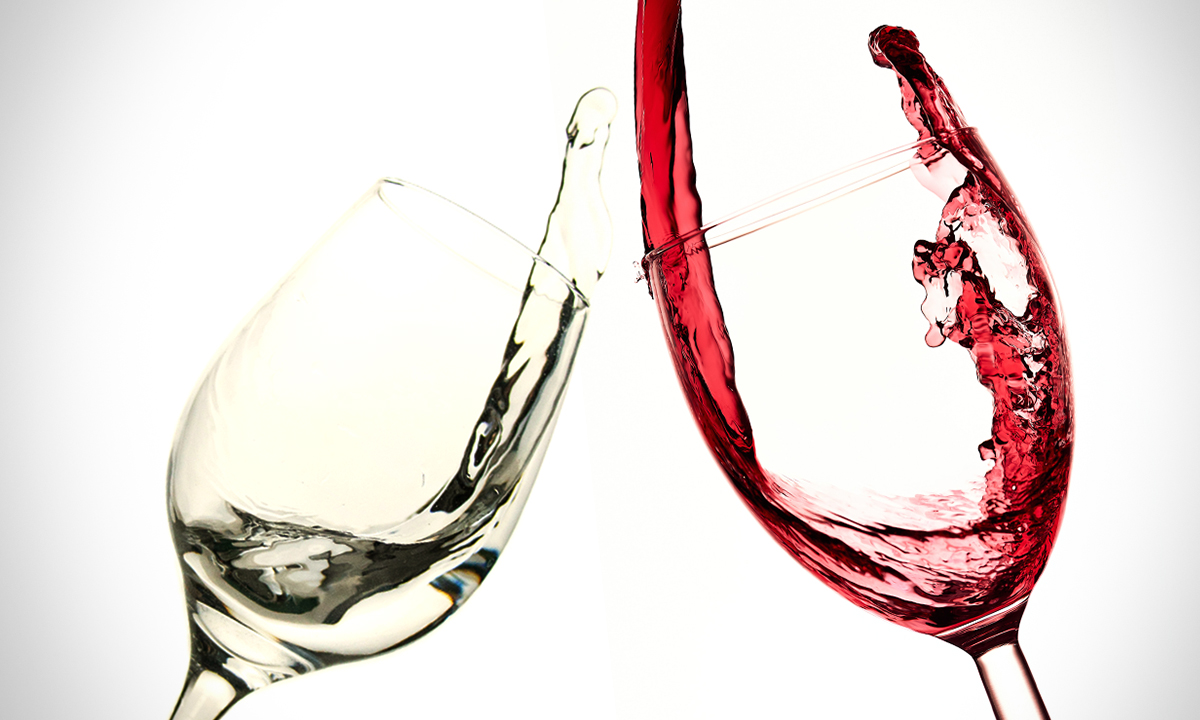 Take a major dose of rich and vibrant South Australian Shiraz and do what with it? Add in a splash of aromatic white wine. Like Riesling, or Viognier, even Tokay?

It sounds like mad science. Or winemakers on steroids.

In fact, it’s not that surprising, as we have a decent back story in SA with such a style, and as we know, history can repeat itself.

Shiraz/Viognier blends are nothing new in the world of wine. It’s a classic style out of France’s northern Rhone region Cote Rotie region, and not too unusual here either.

But Shiraz/Riesling – that’s another story.

Let’s go back a way, and head to the state’s South East, where there were rogue plantings of white grapes in one of Wynns’ prized vineyards, Johnson’s Shiraz vineyard, planted in 1925. When Sarah Pidgeon joined Sue Hodder as collegiate winemakers at Wynns more than 20 years ago, those grapes were still there, and on tasting them they were believed to be Riesling – just a couple of vines in every row.

“I would occasionally see a little flash of white grapes come through the crusher,” Pidgeon recalls. “They were part of the original vineyard, and part of the spicy aromatic style of Coonawarra Shiraz, which was elevated by that little co-ferment with white grapes.”

Wynns Shiraz had been made in this mode for much of the latter half of the 20th Century, but over the past two decades the Riesling has been removed and the vineyard replanted. Fast forward however to the 2020s and it’s back, albeit in an adventurous and bright new package for the Wynns crew, a new series titled Reframed, featuring with a few other new blends a Shiraz Riesling. It’s designed as an early drinking, super soft, bar-style red wine, capturing the trend towards lighter, new generation wines but using classic Coonawarra varieties.

It’s no longer a field blend, but sources Riesling grapes from another Wynns vineyard and co-fermenting it, just two percent’s worth of the total volume, made without oak. It’s designed to be soft and quite different from the traditional more serious Wynns red wine catalogue.

“While these wines were about being brave and out there (for Wynns), we also wanted to make these wines with a purpose,” Pidgeon says. “We knew this worked, we had the story and the history.

“We want to highlight it as something quirky and different to our normal Shiraz,” she says.

Much the same kind of thinking was behind another similar blend, this time from Dandelion Vineyards whose Lion’s Tooth of McLaren Vale Shiraz is a 95:5 mix of Vales Shiraz with the twist in the Riesling tail. The latter comes from a 110-year-old vineyard in Eden Valley which, through sheer coincidence, ripens usually within a couple of days of the Shiraz and therefore enables a co-ferment of Riesling skins and pressings with the Shiraz that has a 50 per cent whole bunch component.

It all sounds pretty radical, but the other coincidence here is that this wine was inspired by a 1958 Wynns Hermitage, which Dandelion Vineyards co-founder Zar Brooks recalled in his remarkable vinous memory.

“That wine gave us the confidence to make our wine because it had been done so well previously,” says Dandelion winemaker Elena Brooks (Zar and Elena are partners in life and winemaking).

It also arose out of her concern that the more traditional Cote Rotie Shiraz Viognier style didn’t quite suit her taste when it came to adding white grape inspired fragrance and texture to richer, warmer climate McLaren Vale Shiraz.

“With the Riesling, it is perfumed in a different way, and has a lower alcohol, and best of all the tannins, from the older vineyard’s tiny berries, are so very different and fine,” Elena says.

“From the start it was clear that the Riesling addition changed the Shiraz from fruit into florals. You get roses and violets, and no longer just berries. It changed the bouquet from just a fruit salad, and gave it so much more, like a French garden with all the lavender, oregano and thyme.

“It was all the herbs, a meadow, compared to just rich dark fruits.

“And while it still has to be a Shiraz first and foremost, I find the Shiraz/Riesling so much more intriguing and interesting as a wine.”

The perfume and unique texture the white component adds to the red core is the key to appreciating such blends.

For Rebecca Stubbs, winemaker with her own brand Charlish & Co, and partner with Duane Coates at Coates Wines, both based in the Kuitpo area between the Adelaide Hills and McLaren Vale, her newly released Shiraz/Viognier is all about what she calls the “ seasoning”, which the tiny amount of white wine gives to the final blend.

Having been a chef for two decades, her approach has been a lot about that gastronomic balance.

“It tones down the blackberry note from the Shiraz, and with Viognier’s beautiful apricot kernel character going on, I just find when they’re combined it gives a really beautiful perfume.

“When you look at blackberry and apricot together, they work really well. It’s a more interesting and approachable win, and really pretty.”

The Tokay element is a reference to Peter Lehmann, father of the winemaker of this iteration, Phil Lehmann, who put together the blend when he was with the Jonathan Hesketh group of brands, now with the umbrella corporate title of Usual Suspects Wines. (Phil is no longer with the group.)

The wine is respectful nod to Peter Lehmann who was known to add a little Tokay to some of his much-loved Shiraz – and it’s understood he wasn’t the only one in the Barossa to engage in the practice.

The red-plus-white story clearly has the history, and the future appears wide open and exciting. Who would have thought? 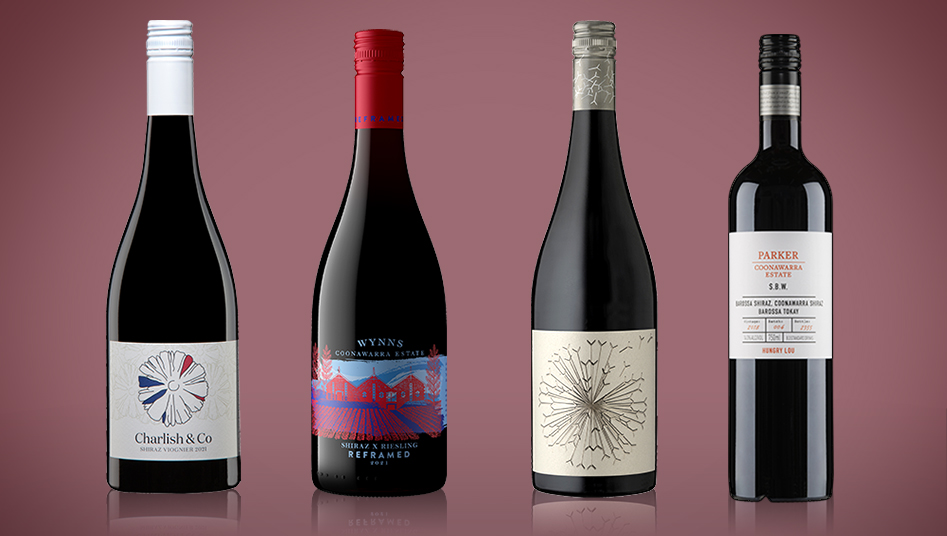 The Shiraz is from Borrett family growers in Langhorne Creek with a tiny 2% amount of Viognier blended in, helping the bouquet rise with a vanilla yeast bun like, nutty, spiced cream note, even a delicate orange flower. This initial sensory wave provides a complex aromatic platform for a soft and plush Shiraz in the tasting, temperate spicing, gently fruited, light to medium-bodied weight, juicy and delicious. The layers of flavor here are not about dark berries, robust and chocolately Shiraz, but more esoteric, lighter, and gastronomically appealing.

A new look colorful label announces this is a Wynns release with a modern intent while proudly recalling the “Rogue Vines” of earlier Wynns vineyards, where an occasional Riesling vine was found scattered amongst Shiraz vines. This new release blends a small percentage of the white variety now sourced from a separate block into some very smart red in a beaut bistro style. It’s perfumed on the nose, more floral than straight darker berried Shiraz, while the palate shows brighter top notes of Riesling in a flavor sense, like a tiny squeeze of lime over black berries. Remember this is all cool climate material, so there’s some black pepper and black olive suggestions in here too, with a backbone that remains vibrant with acidity yet balanced deftly to finish softly. It’s very, very drinkable.

This was the winner of the 2021 Bushing Monarch (best wine in show) at last year’s McLaren Vale Wine Show. And while a tiny amount of Eden Valley Riesling skins are co-fermented here, this wine still is very much expressive of its regional Shiraz roots, robust and earthy in its initial approach, plenty of rich fruit, sweet to the tongue, and a faint dash of background mint. Lots going on yet still with a spritely spring in its step. he intrigued with this wine is the spark a tiny amount of Riesling (skins) can possible lift out of the red core. Is it minerality? Is it a delicate zing in the palate? Are these sensory tricks of the mind? What is certain is a burst of life, a zip and zing to the palate, a lift and line to the finish all add up to a Shiraz of great energy. It’s delicious to the last drop and a brilliant food companion to boot.

This was created by Phil Lehmann when he was winemaker at Hesketh Wines (now Usual Suspects) which owns the Parker Estate among other brands. The SBW stands for “Small Batch Wines”, here a tricky blend of region and variety in a style that emulated wines that Phil’s dad Peter Lehmann used to make. The makeup: 65% Barossa Shiraz co-fermented with 9% Barossa Tokay, added to later with 26% Coonawarra Shiraz before maturation for 17 months in older French hogsheads. There’s no question about the Shiraz to begin – rich and vibrant, and plenty more going on, a floral and herbal note, mint and roasted fennel root and medium-dark chocolate. The palate echoes much of this with a neat medium to full-bodied appeal, crimson fruits and blueberry flavors in abundance, toned and tapered, with a pretty rose and berry waft as well – perhaps a benefit of the Tokay. This wine could have found itself overly rich and in robust, full-bodied territory, but it has been deftly restrained to be most attractive, very drinkable and somewhat moreish.

This article is supported by the Judith Neilson Institute for Journalism and Ideas.