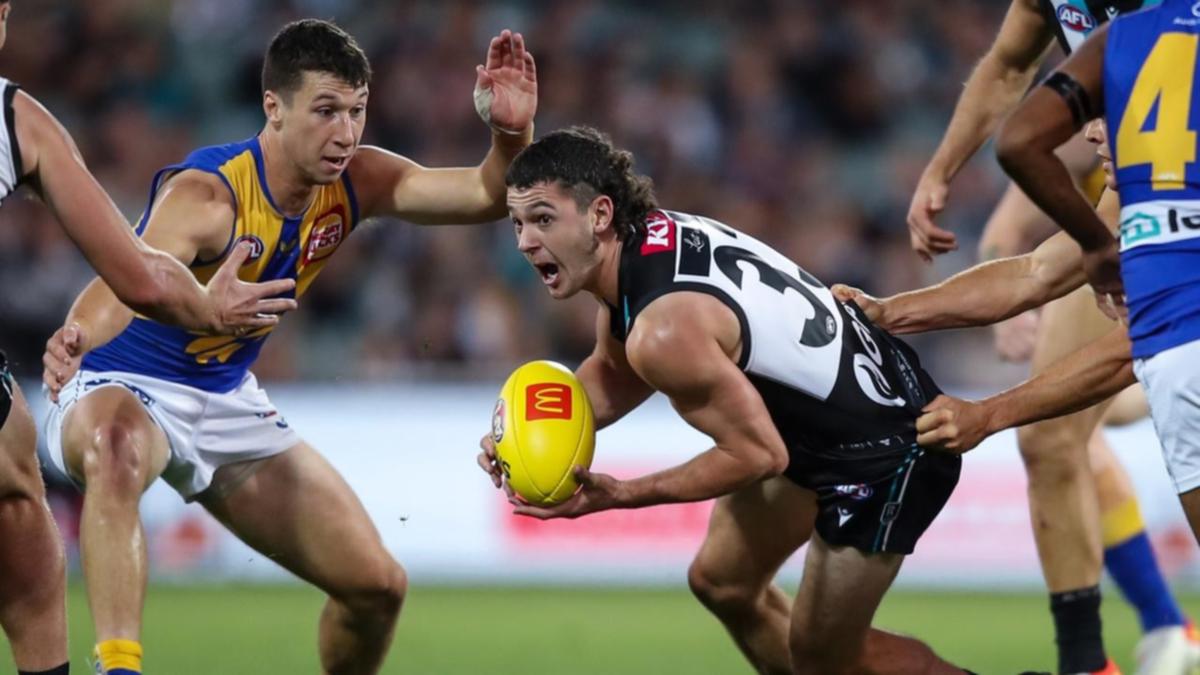 The defensive duo will be among four changes to a 12th-placed Power line-up seeking to keep in touch with the top eight.

Influential midfielder Zak Butters (knee) and mid-season draftee Brynn Teakle (broken collarbone) are sidelined for the Adelaide Oval fixture against the 11th-placed Suns, who are one win ahead of Port on the ladder.

Power stalwart Travis Boak returns after being ruled of last week’s win against Sydney because of the AFL’s health and safety protocols surrounding COVID-19.

“We will work our way through that,” Hinkley told reporters on Friday.

But the Power coach was tightlipped whether they would make their AFL debuts against the Suns.

“They are really close (to selection), both boys are doing really well,” he said.

“Both boys have got what we consider really bright futures.

“They have got an opportunity, I am sure, at some stage coming. Whether that is this weekend we will work through that.”

Steven Motlop and Miles Bergman were also included in the Power’s extended squad, with the team to be finalized on Friday evening.