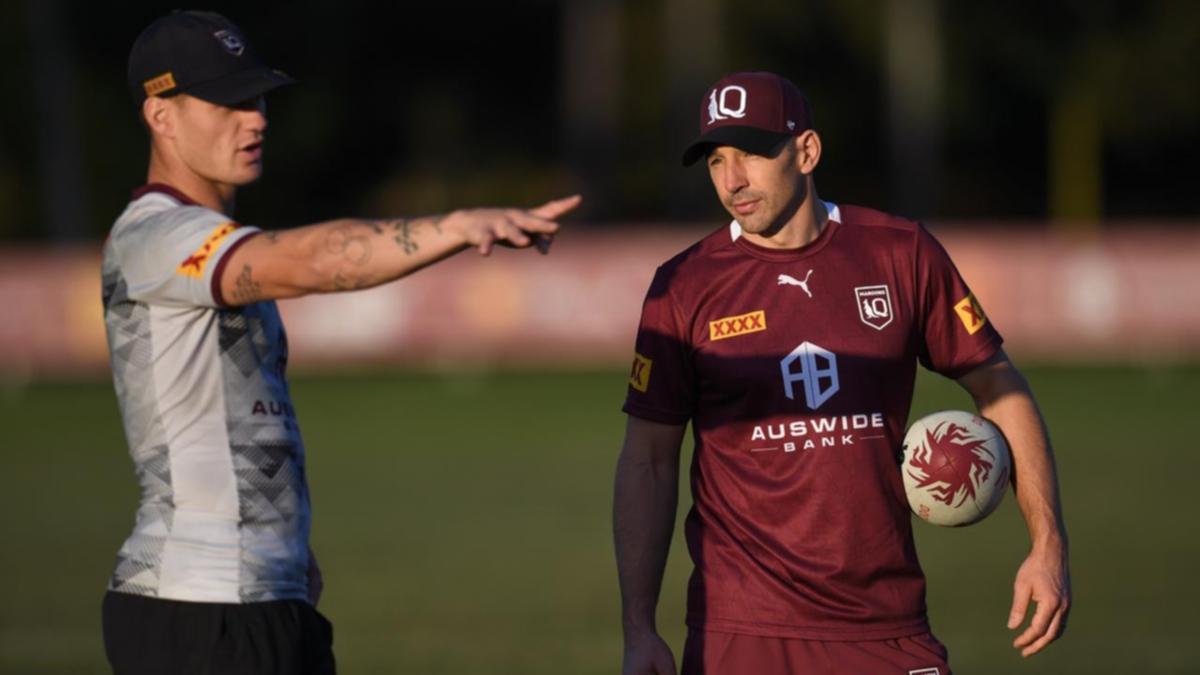 Kalyn Ponga wants to share the load with Cameron Munster as the Queensland fullback seeks a happy homecoming in Perth.

The Maroons can clinch the series in State of Origin II on Sunday at Optus Stadium after Munster’s man-of-the-match effort won them the opener in Sydney.

The No.6 star has welcomed the attention expected to come his way, confidant his fullback Ponga, halves partner Daly Cherry-Evans and hookers Ben Hunt and Harry Grant can exploit it.

“I wouldn’t mind Munny getting the ball as much as we can,” Ponga said.

“But it’s about all of us doing our job, not just expecting him to do something. Hopefully we can create some opportunities.”

Ponga played well in Sydney too despite carrying an illness into game one that has stayed with him.

The Newcastle No.1 struggled to eat in the lead-up to last weekend’s NRL defeat in Canberra but says he’s recovered and fit to play in Perth.

The 24-year-old has relished more exposure to coach and former Maroons fullback Billy Slater, who has encouraged him to embrace the natural leadership role.

“The fullback has to be a leader as the voice at the back in attack and defence,” Ponga said.

“It’s something I’ve been working on for the last few years, so for Billy to say that (he’s been impressed with his leadership) it’s pretty good.”

The side trained for the first time in the Perth on Friday after spending the week at their Gold Coast base.

It’s a change of approach after their ill-fated 2019 visit west, when they spent the entire week in Perth – like NSW have again – before being flogged 38-6.

“They’re not great ones (memories); I’m not sure what the score was, but it wasn’t pretty,” he said.

“It’s awesome for the game to get out here though and good to see so many people come out to training… it’s beautiful here to be honest.”

Recent history doesn’t bode well for Queensland either, given NSW has won Origin II on the last three occasions, outscoring the Maroons by 24 points or more each time for an aggregate scoreline of 98-16.

However Queensland’s first win in Sydney since 2017 was a crucial blow, with NSW only once winning the series after dropping the first game at home.

And if NSW are to win, they’d have to overturn a horror record in deciders that’s seen the Maroons win eight of the last nine game threes when the series had been tied 1-1.