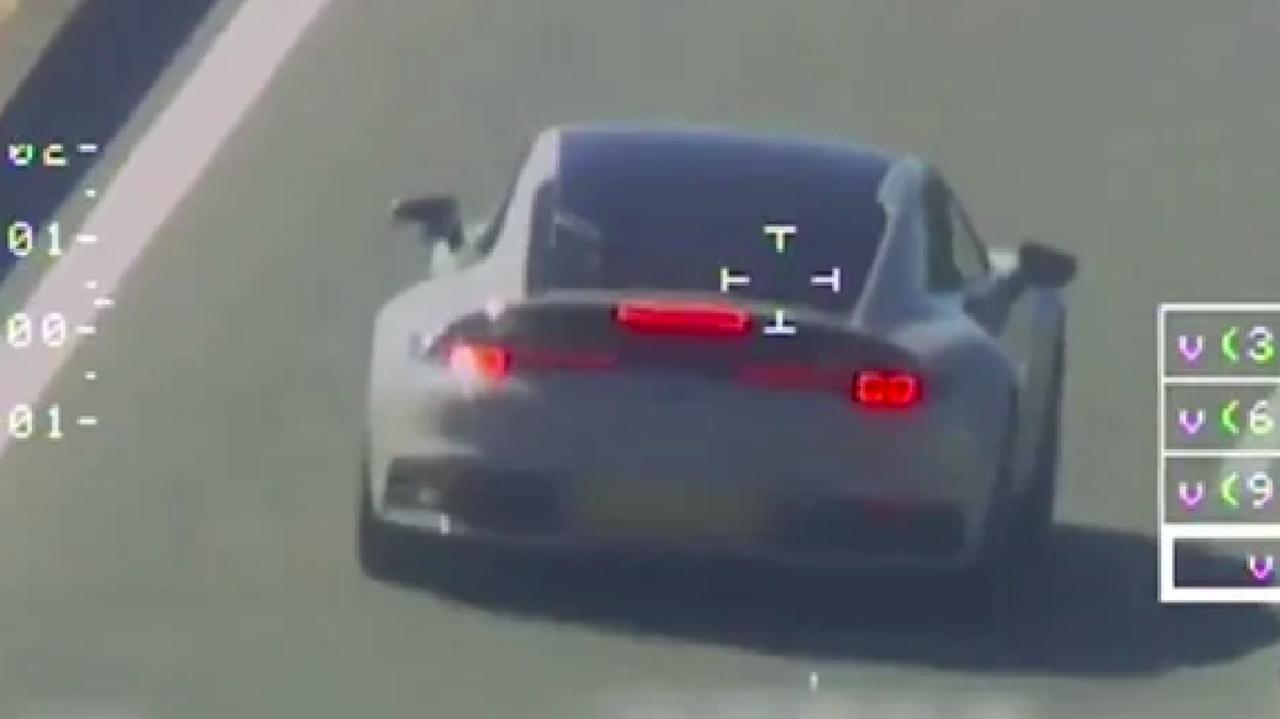 A tourist taking their turbocharged sports car on the ultimate test drive got more than they bargained for when a helicopter gave chase.

Spanish Police have released wild footage of a chase between a helicopter and speeding Porsche.

Authorities said the chopper was monitoring traffic on a motorway north west of Madrid when it spotted a sports car traveling at high speed.

The helicopter followed the Porsche and used speed detection equipment to track its velocity.

Police recorded the car driving at 285km/h in a 120km/h zone on a sunny day in June.

The car appears to be the latest 992-Generation Porsche 911 Carrera S, a twin-turbocharged sports car capable of exceeding 300km/h in the right circumstances.

Which is not a public highway.

Highway patrol officers stopped the car further down the road, and charged its owner, an Irish tourist, with dangerous driving.

Motoring travel website Speeding Europe claims the penalty for exceeding 200km/h on Spanish motorways is three to six months in jail, or a fine equal to six to 12 months of the driver’s salary, along with license suspension of up to four years.

Police said the region where the driver was speeding with road accidents twenty-eight a result of two deaths and eleven seriously injured this year.