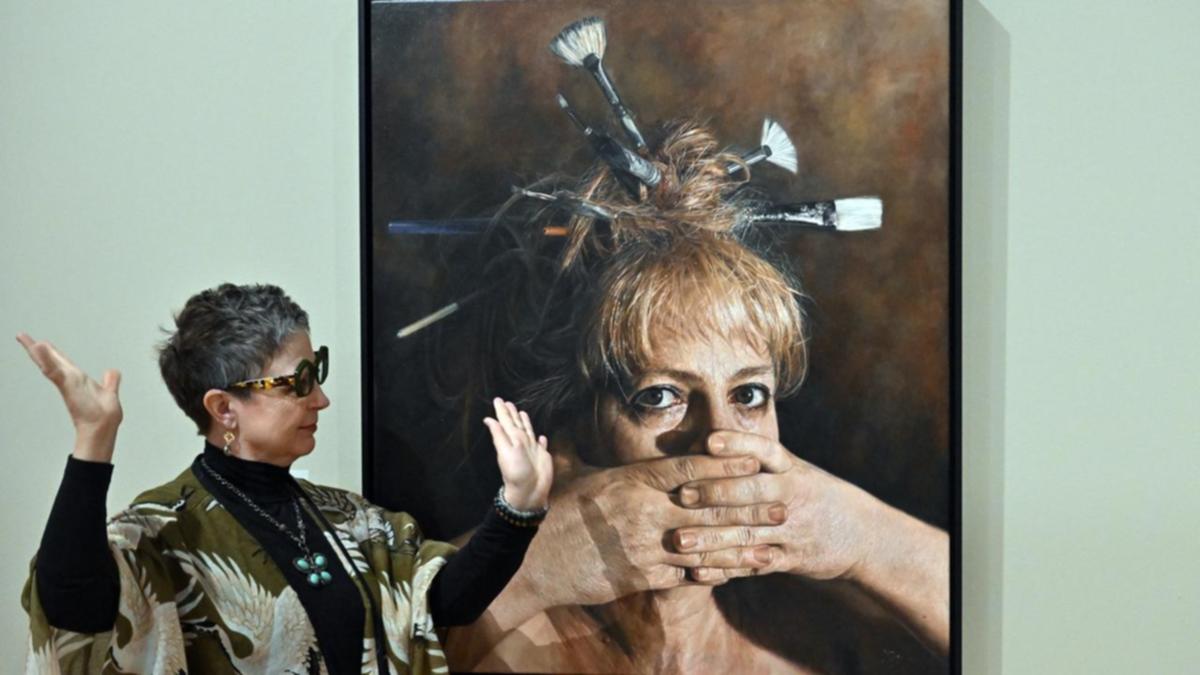 Artist Jaq Grantford has won the $75,000 Darling Portrait Prize with a painting of herself during COVID-19 lockdown.

The winning picture, titled 2020, is a photorealistic portrait of the Melbourne artist looking directly at the viewer with her hands covering her mouth, and paintbrushes sticking out from her hair.

It represents the anxiety and separation that came with stay-at-home orders, mixed with relief that she had more time in the studio, Ms Grantford said.

“There was a part of me that just loved that, the sound of the world around us pausing for a little bit, but then it’s very conflicting because people around you were suffering,” she told AAP.

The portraitist and book illustrator said she was blown away by the win.

“For a portrait artist it’s extraordinary because it’s the National Portrait Gallery, it’s the pinnacle of portraiture in Australia,” she said.

But the artist has a level of disconnection from her portrait, shortly after she completed it in May 2021, she was diagnosed with cancer and lost her hair.

Ms Grantford has recovered but said she now looks quite different to the person she painted.

She will use the prize money to pursue the ancient practice of bronze casting, a process that can be prohibitively expensive and has no room for error.

“Just having the money makes a huge difference, because a single casting is in the thousands,” she said.

“It gives me an opportunity I just didn’t have otherwise.”

She finished her first casting, a portrait of her sister, earlier in 2022 and hopes to exhibit her sculpture while also continuing to paint.

The winning painting was revealed at a dinner in the Gordon Darling Hall on the NPG Friday night.

The winning work is on show alongside 38 finalists at the National Portrait Gallery in Canberra from Saturday.