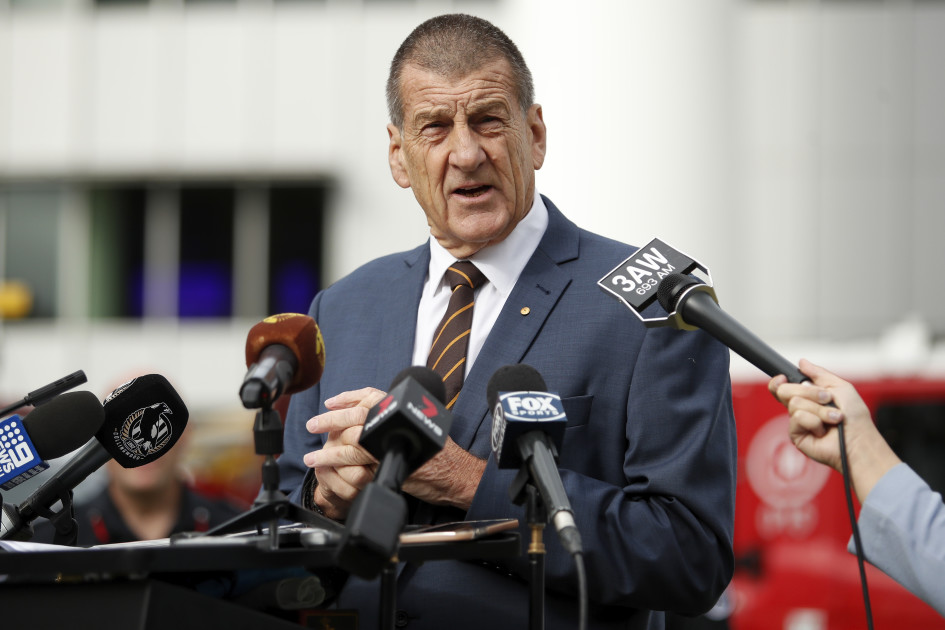 Nankivell, who has served as Hawthorn’s vice president for the last five years, was announced as Kennett’s successor on Thursday.

However, it came after Nankivell originally did not put his name forward. He chaired the nominations committee which suggested none of the potential candidates had the required experience, according to the club, with the now future president recommended by fellow board members.

“The opportunity to lead has come about more recently as I suppose one of the senior board members in terms of duration on the board and understanding of what’s going on,” Nankivell told SEN’s Dwayne’s World.

“Initially I was reluctant… but the way things have transpired is that the board formed the view that in terms of what we need at the club at the moment and the stability as we embark upon so many almost generational initiatives, a little stability and knowledge of those initiatives was a good thing.

“So that led to my change of mind and change of heart, and after talking to my family it’s the opportunity to serve.”

Kennett first served as Hawthorn president between 2006-11 before returning to the role and holding it since 2017.

His leadership style has been very direct, the 74-year-old often finding himself outspoken on a number of issues during his time in the public eye.

However, Nankivell said he will be a different president.

“I think very different (our styles will be),” Nankivell added.

“There is only one Jeff Kennett… I’m a lawyer by training and background and I suppose I’ve learned to negotiate for a living.

“I’m much more consensus-based, I’m a pretty good listener and I think the job of a leader in my sort of role would be to listen and to evaluate and to seek consensus and then move forward.

“Jeff is one of those unique individuals and is a force of nature, there is only one Jeff.

“Jeff’s ability (was) to cut through and effectively communicate what he wanted and all Jeff’s ever wanted is what’s best for the Hawthorn football club.

“Jeff’s style is direct, there’s no misunderstanding when Jeff expresses a view.”

Kennett will step down at the club’s annual general meeting in December, from when Nankivell will become the fifth president of the club since the turn of the 21st century.