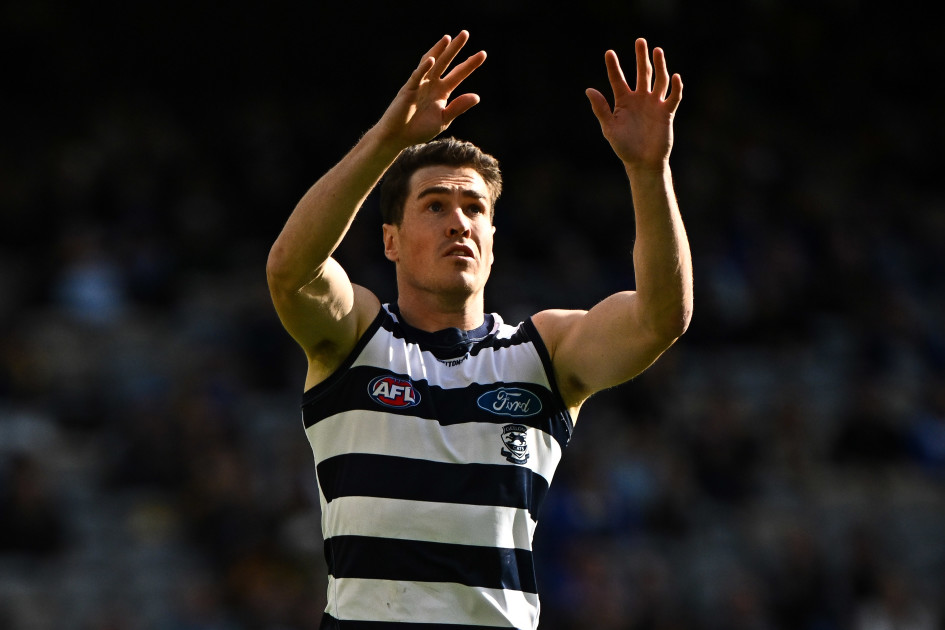 David King has doubled down on his assertion that Geelong’s Jeremy Cameron is the best player in the AFL, providing his reasoning for the bold call.

Ahead of Geelong’s Round 15 game against Richmond, Cameron has averaged three goals and over 15 disposals a game in 2022, not missing a match in his second season at the Cattery.

king awning Fox Footy’s AFL360 earlier in the week that Cameron is “clearly the best player in the game right now” and backed up that view on Friday morning on SEN Breakfast.

“So the guy who’s been involved in the most scoring for the year you would think would be a pretty important player to the competition.

“He’s one behind in the Coleman (Medal), he’s the best field kick rated by Champion Data, 13 percent above the AFL average.

“So there’s not much that he’s not elite at.”

Cameron also ranks third in the competition for total score involvements as well as seventh in goal assists.

The 29-year-old plays a unique role in Chris Scott’s team, spending time everywhere from deep forward to the midfield.

His running capacity allows him to get up and down the ground to unsettle the back six, and King said that was a key part of his decision to anoint Cameron the game’s best.

“Jeremy Cameron, I said, ‘I think he’s the best player in the competition’. He plays it a little bit differently, he’s not a key forward, he’s a half-forward flanker that works up the ground and works back and he’s become a headache (and) nightmare (for the opposition),” King continued.

“We’ve talked a lot about Dustin Martin starting in the midfield before going forward, this guy does the reverse. He starts forward then goes in the midfield, so he challenges a backman straight away essentially.

“(He makes them think), ‘am I going up there, am I going to run midfield kilometers in an area I’m not good at’… so he changes structures of the opposition immediately.

Since joining Geelong ahead of the 2021 season, Cameron has formed a pivotal partnership with fellow forward Tom Hawkins.