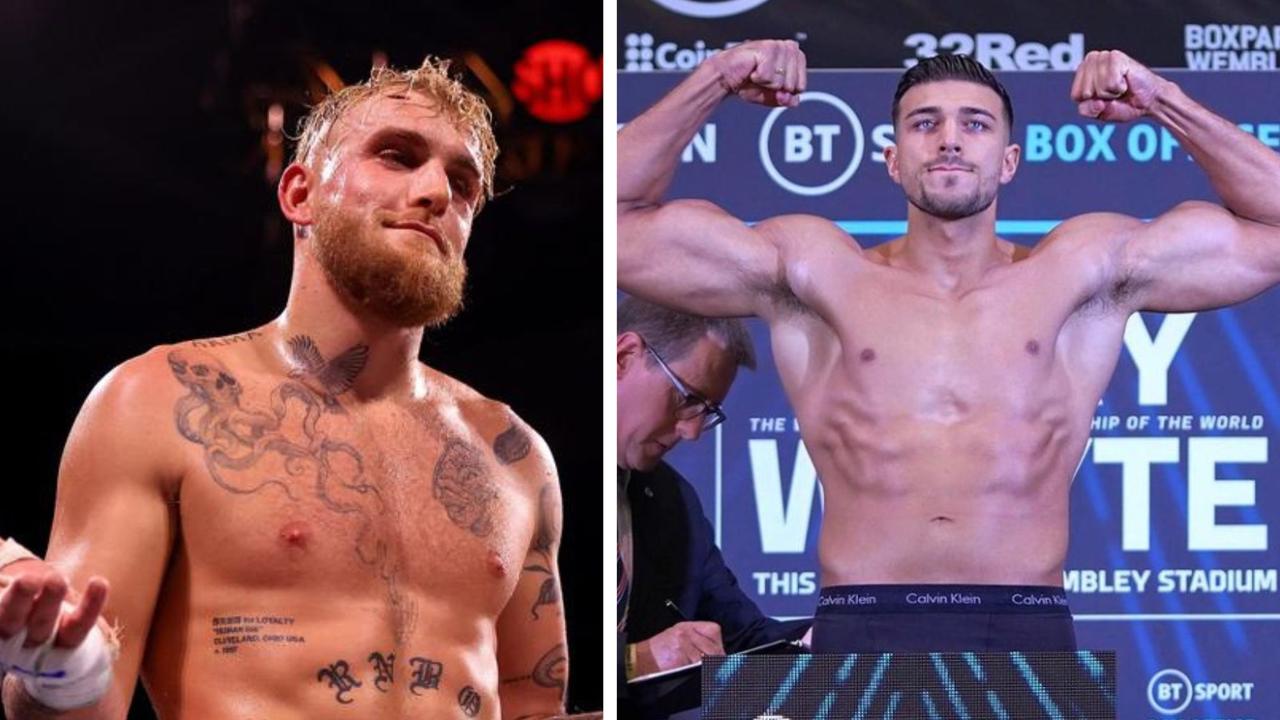 Jake Paul will return to the ring in August with the social media sensation set to finally decide his rivalry with a “real boxer”.

Jake Paul has confirmed that he will finally fight Tommy Fury at Madison Square Garden on August 6.

The pair were originally due to clash last year before Fury – the brother of world heavyweight champion Tyson – pulled out through illness and injury.

But now, after months of trash talk, a date and venue have been announced – with Paul sharing the headline spot with seven-weight world champion Amanda Serrano in New York.

“Amanda Serrano and I dual main-event at the Mecca of boxing.

“Official press conference and ticket on-sale this Wednesday June 29th at 11AM. #PaulFury.”

Paul then took to social media, mocking Fury in a video where he dressed up as the former Love Island contestant and his partner Julia Rose dressed as the Love Islander’s girlfriend Molly-Mae Hague.

But Paul then got serious, saying he was sick of the swipes he hadn’t faced a “real boxer”.

“All jokes aside, this is my toughest test yet. You guys wanted me to fight a real boxer,” Paul said.

“Tommy Fury comes from a bloodline of legendary fighters, the Gypsies.

“His brother is the heavyweight champion of the world, has never lost a fight.

“Tommy Fury has been boxing since he was 12, come through the amateurs, mauled a 10-1 boxer.

“The Fury name is just as infamous as the Mayweathers. The entire entire family know how to box.

“To put this into perspective, it would be like Tommy Fury starting a vlog channel to out-vlog me and [brother] Logan – it’s not f***ing possible.”

Paul then admitted he was “going into their territory” and admitted that boxing is “part of his blood”.

The YouTuber admitted Tommy “is taller, has been boxing four times as long and has longer arms and way more ring experience”.

The announcement comes after Paul Fury of trying to wriggle out of negotiations on Wednesday.

“Yet again I wake up to a text from my manager saying Tommy Fury is pulling out of the fight,” Paul wrote.

“We agreed to all of the terms, we’re 45 days away from the fight. We agreed to his $2m purse, to VADA testing, to extra rooms, extra flights, extra tickets.

“We are scheduled to have a press conference in New York next week until now.

“What’s the excuse? ‘Because my dad can’t be there with me.’ Tommy you’re dad has been banned from the USA for 15 years, he’s not allowed in.

“I will agree to not have my team with me, we can both fight solo. This is what real boxers do, they make fights happen.

“You’re scared, you claim to be a pro boxer but you won’t make the fight.

“Where is all your s*** talk now? This is the biggest opportunity of your life and you’re fumbling the bag once again. I can’t believe how f***ing stupid you are, f***ing idiot.”

“Forget a team or any other bulls***. I don’t need anybody to help me lay you flat on that canvas.

“Oh and thanks for finally signing the drug testing … you only agreed to it when you realized the fight was at risk – who needs who.”

And he backed that up with a confirmation video on Thursday in which he told fans that the contracts had been signed and the fight was on.

Paul then posted the fight poster moments later as the August 6 date was announced.

The first press conference will take place next Wednesday, June 30.

This story first appeared in The Sun and was republished with permission.