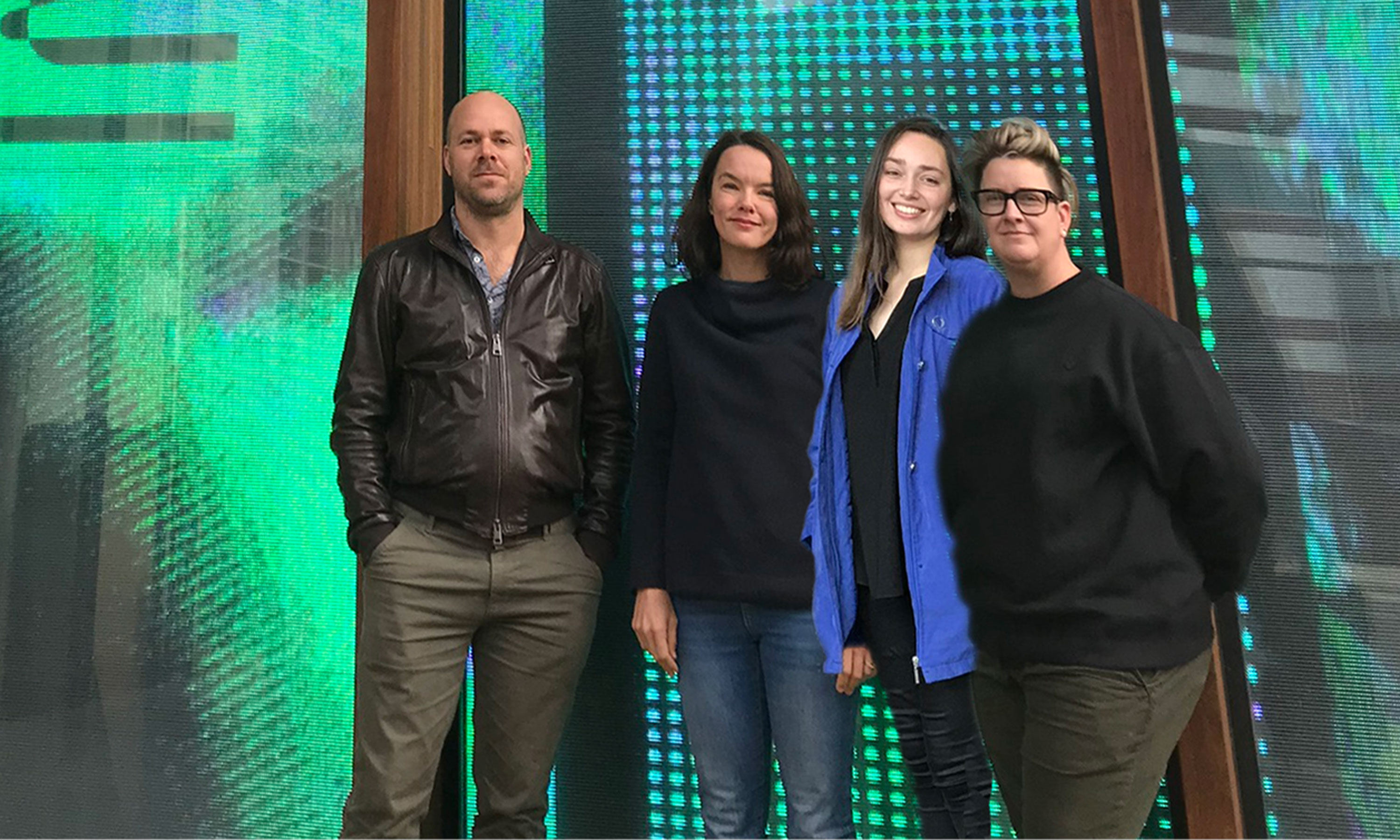 The sounds of invisibility

Five South Australian composers have been selected to each write a new chamber work in response to MOD.’s INVISIBILITY exhibition, which focuses on “revealing the unseen and noticing the unnoticed”.

They will have the opportunity to work with MOD. artists during the process of creating their chamber works, which will address the themes of the exhibition. The music will be performed at an event at the museum in October this year, and again as part of Chamber Music Adelaide’s mini-chamber music festival On the Terrace in November.

INVISIBILITY received a high commendation in the temporary exhibition category at the recent Australian Museums and Galleries Association awards, while one of its exhibits, REFLECT – the light and shade of a long storywon the Indigenous Project category. 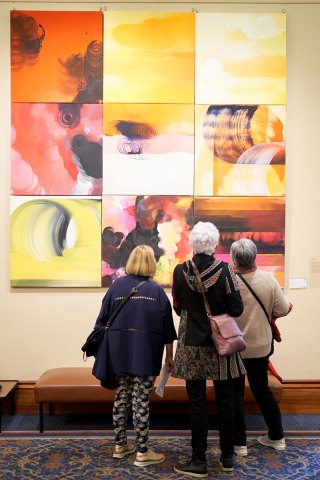 Visitors to a 2021 SALA exhibition at the Town Hall look at a work by artist James Dodd. Photo: Sam Roberts

The South Australian Living Artists Festival is seeking stories from artists, venues and audiences about their SALA memories for a special podcast celebrating the festival’s 25th anniversary this August.

“Perhaps you discovered a love of visual art through a SALA artist, or a SALA exhibition challenged your understanding of how art ‘should’ be presented,” it says in the callout. “Maybe you’re an established artist whose first exhibition was at SALA Festival. Perhaps you found a new way to connect with art through one of the SALA residencies. Perhaps you won a SALA award, or your child’s first word was ‘SA-LA’.

“Whether it’s funny, poignant, subtle or outrageous; we’d love to hear your stories!”

To be involved, people will need to record their short anecdote or memory on a smartphone and submit it as an audio file (full instructions can be found here).

SALA presents a regular podcast series in which visual artists talk about their arts practice and creative lives, with the most recent episode featuring Tom Borgas.

Talking, running around and dancing are generally frowned upon at a classical music concert, but things are a bit more laissez-faire at the Adelaide Symphony Orchestra’s series of relaxed and family performances.

While the family concerts are described as high energy, interactive and “designed to delight and excite the young and old”, the relaxed performances are specifically designed for families of children with a range of sensory, communication and learning needs.

“Relaxed performances are created with accessibility in mind, designed to make artistic experiences and spaces more welcoming and comfortable for neurodiverse audience members, anyone on the autism spectrum, and people with vision or hearing challenges, sensory and/or communication needs or learning disabilities, ” ASO managing director Vincent Ciccarello says of the relaxed concerts, which were designed in collaboration with Can:Do 4Kids, Access2Arts and Tutti Arts.

“With elements such as adjusted lighting and sound and sensory-friendly break-out spaces, many children and their families will be able to enjoy a live concert for the very first time.”

The orchestra this week announced two new 2022 concerts that will have both family and relaxed performances: The Bush Concert (August 20), which has a score featuring the sounds of Australian birds, and In This Place (October 5), which uses music, images, songs and storytelling to follow a boy’s journey from the family farm to the city. Tickets are available on the ASO website for both concerts, which will be presented in the Grainger Studio in Hindley Street.

Killey’s new role will see her building donations and support for InReviewwhich was founded at the beginning of 2021 to help fill a growing void in local arts writing and reviewing.

Meanwhile, Festival City Adelaide has announced the appointment of seven directors to its board, with Govert Mellink (a partner at PwC Digital Transformation) elected as chair to replace Ian Scobie and Mat Kesting (CEO and creative director of the Adelaide Film Festival) filling the role of deputy chair. The other appointees are David Coltman, Kath Mainland, Jim Plouffe, Susannah Sweeney, and Denise von Wald.

“Festivals in Adelaide deliver hefty social, wellbeing, and economic benefits to our capital city and state, and we aim to ensure that Adelaide is internationally recognized as Australia’s Festival Capital, particularly given the opportunities and challenges that lay ahead of the industry in light of the COVID-19 pandemic,” Mellink says.

The Adelaide Festival and Adelaide Fringe both released their 2022 economic impact reports this week (see our coverage here), showing improved results over the 2021 festivals despite ongoing challenges caused by COVID. WOMADelaide released its 2022 annual report earlier in the month.

Green Room is a regular column for InReview, providing quick news for people interested, or involved, in South Australian arts and culture.

Get in touch by emailing us at editorial@solsticemedia.com.au