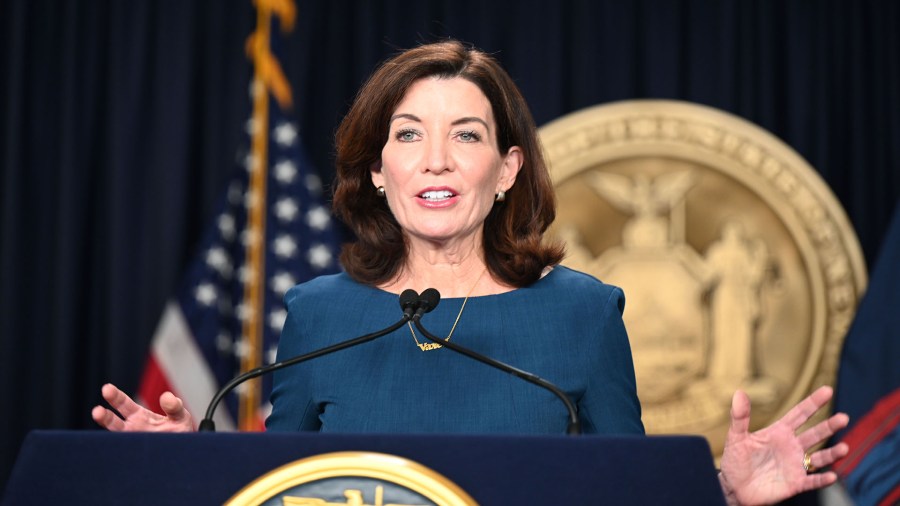 ALBANY, NY (NEWS10) – Governor Kathy Hochul signed Alyssa’s Law on Thursday, requiring schools to consider the use of silent panic alarm systems when reviewing and developing their school safety plans. The panic alarm systems themselves can cost a few thousand dollars to purchase and can be implemented in classrooms as a smartphone app, according to Hochul.

In February 2019, Alyssa Alhadeff was killed in a mass shooting at the Marjorie Stoneman Douglass High School in Parkland, Florida. Along with creating a foundation in her name dela, her parents dela, Lori Alhadeff and Ilan Alhadeff have also advocated for the adoption of silent panic alarm systems in schools.

Hochul believes that this bill is an important step in making New York schools safer, following the tragedy in Uvalde, Texas, and so many before it. Silent panic alarms will help to ensure that law enforcement can respond as quickly as possible.

During Thursday’s bill signing, Hochul also outlined plans to launch a public education campaign surrounding New York State’s Red Flag Law, with a specific focus on educators and mental health professionals. The state will partner in providing a series of trainings for school boards, superintendents, teachers, school-related professionals, principals, and parent-teacher associations. These trainings will indicate how and when to complete the necessary paperwork to file an Extreme Risk Protection Order (ERPO), according to Hochul.

The state is also creating digital and physical educational materials that will be released in the upcoming weeks and months. Hochul says they include a Red Flag Law website with key information for educators and mental health professionals, public service announcements, and social media content.