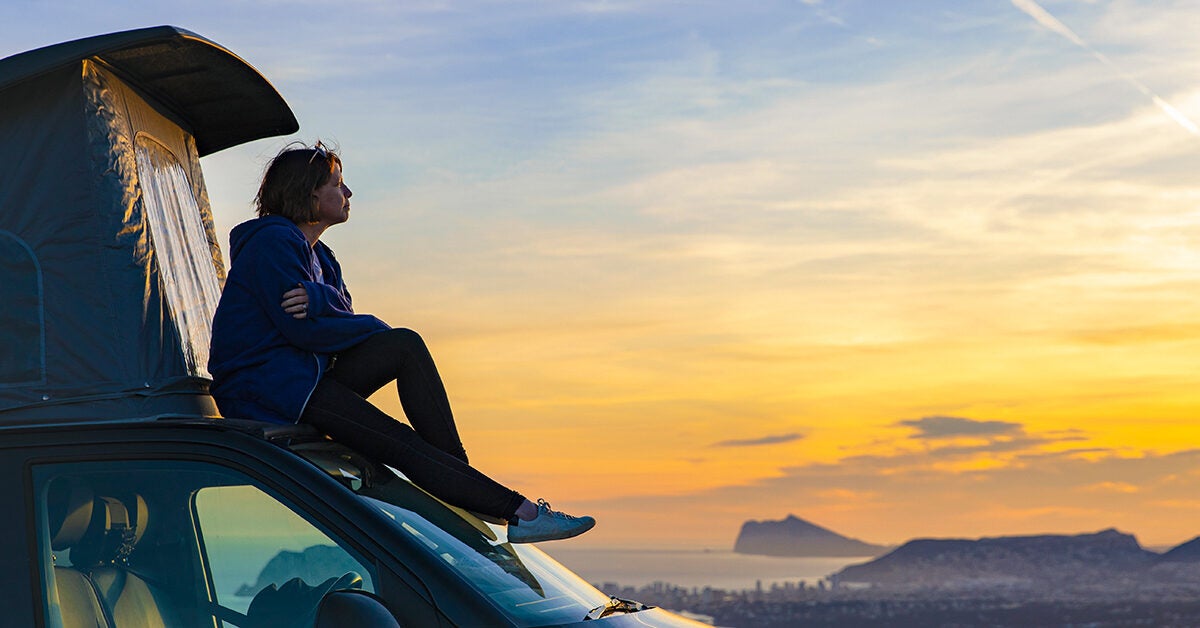 If your mind keeps telling you, “I’m a failure,” know that it’s possible to ease these thoughts and move toward positive self-talk.

Everyone has times when things don’t go according to plan, whether it’s relationship tension or not getting a promotion. When you fall short of achieving a goal it’s easy to feel let down.

Comparing yourself to others or having low self-esteem can also drive feelings of failure to an extreme. You may start to think you’ve never really succeeded and aren’t good at anything. Your inner voice might be saying you’ve failed at life in general.

Thinking that you’ve failed feels bad, so many people try to avoid it at all costs.

But, rather than avoiding failure, there are ways to minimize these overwhelming feelings. Learning how to cope with perceived failures offers a more positive outlook on life — and yourself — things don’t go as planned.

One potential reason for feeling like a failure is that you’re not meeting the expectations that you set for yourself.

“This then leads to a shame, anger, guilt, self-blame cycle that is hard to snap out of,” says Urmi Chakrabarti, a licensed master social worker. Even traditionally successful people can get into this cycle, sometimes due to imposter syndrome.

Feeling like a failure or like you’re not good enough also stems from comparing yourself to others.

Neuropsychologist Alexander Burgemeester says, “It is easy for us to compare ourselves to those around us and immediately feel as though we have failed in one way or another.”

When you see someone on social media who has a great family and job, a nicer house than you, or takes enviable trips around the world, it’s easy to look at yourself as falling short after comparing yourself to them.

You may also feel like a failure when you are rejected by someone or when something didn’t work out the way that you wanted it to or thought it would.

Whether your failures are real or only your perception, your feelings are still very real.

Some people can fail time and time again and yet bounce back better than before. Others constantly fend off harmful self-talk and develop a fear of failure. Maybe you’ve even stopped trying or have lowered your goals to lessen the chance of failure.

This pattern of thinking about yourself negatively can be caused by:

Many of the above causes can lead to basing self-worth on what you of rather than who you are. This core belief is often formed in childhood. While its roots are often deep, this core belief and feelings of never measuring up can be overcome.

The solution is to take steps to try and learn how to deal with feelings of failure in healthy ways. Knowing how to deal with it can help you cope and bounce back better and quicker than before.

When feelings of failure creep in, consider taking time to think constructively about your thoughts and feelings. Below are recommendations on healthy ways to cope with failure.

“People can cope feeling like a failure by first recognizing that thoughts are not facts,” says Dr. Sera Lavelle, a clinical psychologist. Lavelle says by evaluating our thoughts we can see whether or not they are true.

“When we realize that we are engaging in a negative core belief about the self, such as, ‘I’m a failure’, we can challenge the thought, see what thinking trap we are falling into, and evaluate the evidence,” he says. Washle. This will gradually break down the belief that you’re a failure.

Lavelle recommends keeping a thought diary. She says it can help you see what situations elicit failure and plan how you willchallenge the thought with proof of your many successes.

2. Minimize comparison to others

Social media can make it hard to feel good about yourself when everyone’s accomplishments and victories are all you see. Not everything online is true and posts might not even be examples of things you truly value. You rarely get to see anyone’s struggles or setbacks. Still, it’s easy to get sucked into comparing yourself.

When you notice yourself falling into the comparison trap, Rebecca Phillips, a licensed professional counselor, recommends that you bring your awareness back to your own accomplishments.

Phillips says, “Remember that another person’s accomplishment does not take anything away from you. Nor should it reflect on you. If you’re going to compare, look at your past self to see how far you’ve come.”

If you notice certain social media accounts bring up feelings of comparison frequently, consider unfollowing them or taking periodic breaks from social media.

“At any given moment, more things are going right for you than not”, says licensed professional counselor Gabriella Chisholm.

When uncomfortable feelings such as failure arise, Chisholm suggests practicing gratitude. She says to try and reflect on the areas of your life where you are doing well and feel fulfilled. Take a moment of gratitude for how you show up.

“Sometimes we just need a reminder that things aren’t all bad to get a balanced perspective about our lives and functioning,” says Chisholm.

Forcing yourself to only see the good in a tough moment can be a form of toxic positivity, so aim to spend a balanced time appreciating all the good.

Everyone makes mistakes. Yet, we often respond to these mistakes by shutting down our feelings or shaming ourselves.

Holding a negative perception of yourself can lead to feeling quickly defeated by challenges since it can seem like proof of what you already believe: You’re not good enough.

buildingself-love and self-compassion are essential to turning this story of your worth around. It reminds you that we’re all inherently worthy.

If you’re hard on yourself, it can help to kindly validate your feelings. Chisholm suggests reciting a script in your head for when you’re feeling like a failure.

One she recommends: “I’m struggling with this feeling that I’m a failure and that’s okay. I’m human, things have been very hard, and I’m allowed to not be happy sometimes. I’m working on it.”

5. Realign your understanding of failure

Ask yourself, “What is driving your personal view of failure?” says Dr. Gail Saltz, Associate Professor of Psychiatry at the NY Presbyterian Hospital Weill-Cornell School of Medicine.

Explore this question on your own or with a therapist to help you gain insight into your core beliefs around failure — and success.

“Realigning your understanding and accepting that we all have some failures and that all that matters is how you learn from your failures, how you bounce back, and if you try again,” she says.

“Failure is not a label,” says Saltz. She explains that it’s something that happens, not a validation of who we are as a person.

The other side of reinventing your definition of failure is defining success. Instead of looking to external measures, think about what traits you have that you and others around you value, like being organized or a reliable friend. Then list other times you’ve persevered in the face of obstacles. Keep this success list handy when you’re feeling down.

When you believe in yourself your failures won’t feel so terrible. Look at your accomplishments to help you validate that you are worthy and silence negative thoughts.

If you have difficulties with feeling like a failure, surround yourself with people who support you. Consider seeking guidance and support from a therapist. They can assist you with getting to the root of your emotions, creating new thought patterns, and reaching your goals. All of this work builds confidence and self-love.

With some support, you can think less about failures and more about your positive attributes and lessons learned from going through tough times.

More helpful resources on failure include: