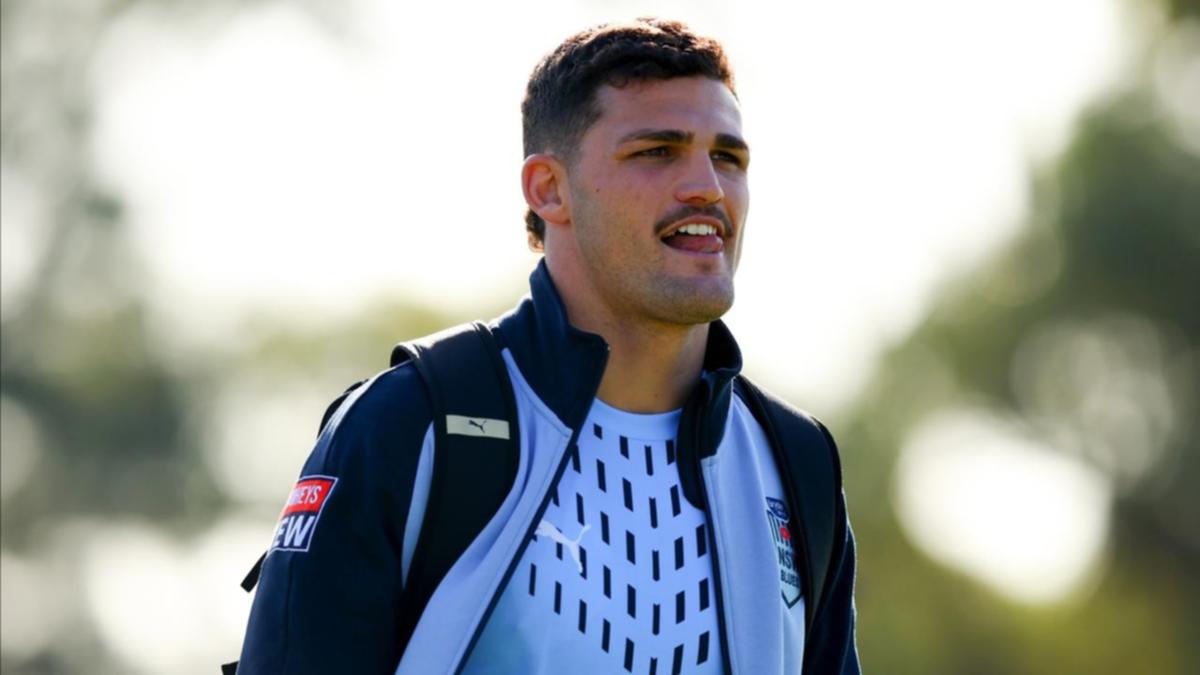 Eleven games into his NSW career and halfback Nathan Cleary admits he is still yet to master the art of keeping a cool head amid the chaos of State of Origin.

Cleary comes into Origin II in Perth on Sunday knowing a lot is at stake after suffering defeat in the series opener in Sydney.

The 24-year-old is held to unusually high standards because he often makes the game look so easy for someone so young.

But Queensland found a way to unsettle the playmaker from his rhythm in the breakneck speed of Origin I, pressing him every time he kicked the ball.

With the series on the line, the NSW No. 7 knows he must stay on task despite what the Maroons may throw at him.

“I think as a half you have to be composed when everything around you is erratic and going crazy,” he said.

“If your head starts going crazy it affects the team.

“Origin is probably the hardest arena to do that in. To stay calm and take a breath when everything’s happening so fast.

“It’s tough to do and I’m definitely still learning how to do it properly.”

Cleary responded from the narrow loss in Origin I by backing up for Penrith and single-handedly dismantling Newcastle in ruthless fashion to claim a 42-6 win.

“It (moving on from a result) is something I’ve had to learn along the way,” he said.

“If you always carry that baggage of things you can’t change (then you’ll never turn it around).

“I couldn’t change the way I played or the result, I just had to focus on getting back to living in the present moment and try to be better for the experience.”

Of this current Blues team, only James Tedesco, Damien Cook and Jake Trbojevic have played more games at Origin level than Cleary.

With that experience – and as the team’s halfback – his game is constantly scrutinized and when things have gone against him in the past he has come out swinging.

He was named man of the match after defeat in 2020’s Origin opener and courageously played most of game two last year with a busted shoulder.

“I was lucky in my first two years that we had series wins,” he said of his Origin mentality.

“Game two 2020 was a special one, but last year’s two wins were probably my favorite ones.

“How we played and with a lot of the Penrith boys in the team was pretty cool.”

Cleary’s father Ivan has not traveled to Perth as he continues to recover from knee surgery.