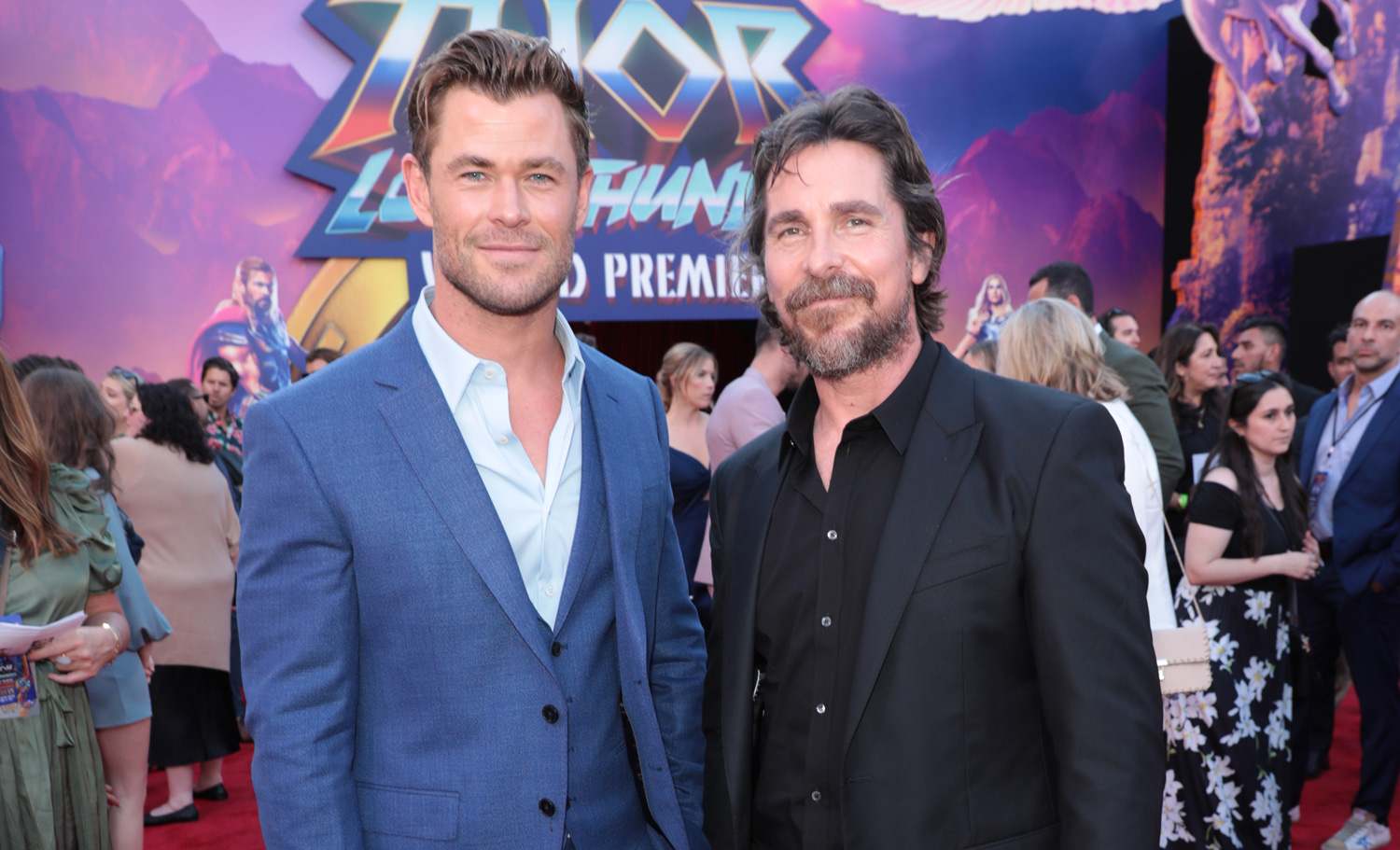 Chris Hemsworth and Christian Bale hit the red carpet together for the world premiere of their new movie Thor: Love and Thunder!

The guys were joined by their wives, Elsa Pataky and Sibi Baleat the event on Thursday (June 23) at the El Capitan Theater in Hollywood.

Chris also had the support of his brother Luke Hemsworth and his wife Samantha, as well as their parents. See all of the pics in the gallery!

Thor: Love and Thunder finds the God of Thunder (Hemsworth) on a journey unlike anything he’s ever faced – one of self-discovery. But his efforts are interrupted by a galactic killer known as Gorr the God Butcher (Ballet), who seeks the extinction of the gods. To combat the threat, Thor enlists the help of King Valkyrie (Tessa Thompson), Korg (Taika Waititi) and ex-girlfriend Jane Foster (Natalie Portman), who – to Thor’s surprise – inexplicably wields his magical hammer, Mjolnir, as the Mighty Thor. Together, they embark upon a harrowing cosmic adventure to uncover the mystery of the God Butcher’s vengeance and stop him before it’s too late.

Click through the gallery for 25+ photos from the world premiere…