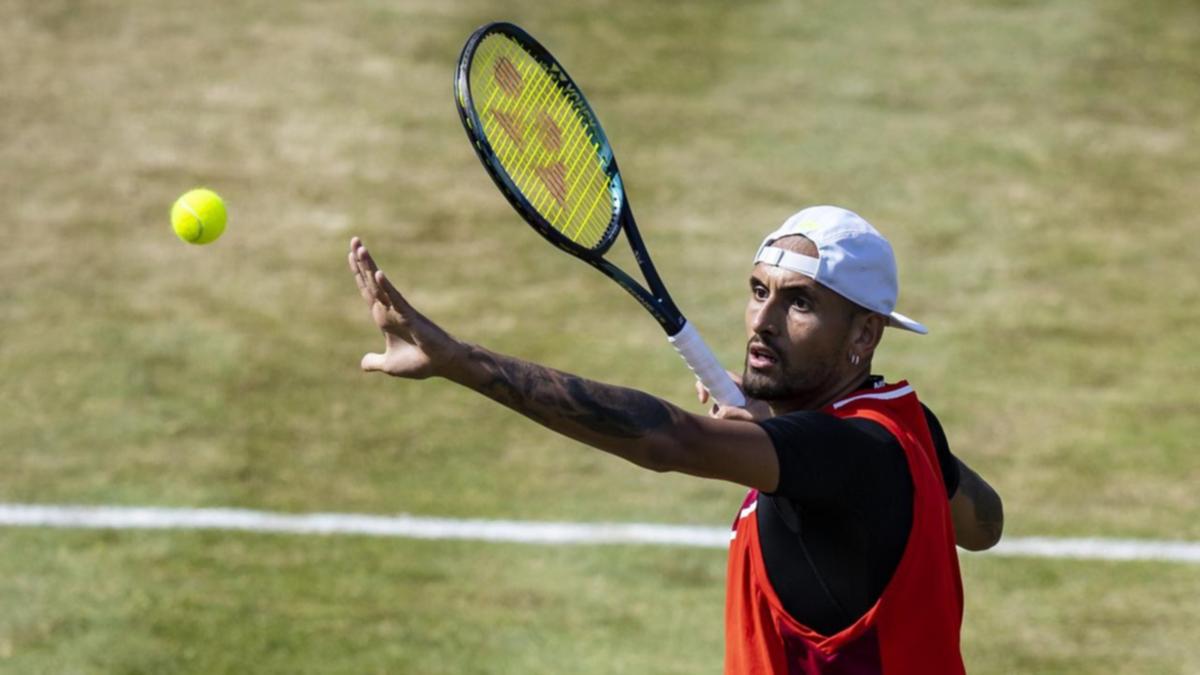 Nick Kyrgios will open his Wimbledon campaign against English wildcard Paul Jubb as the draw delivered a mini “Ashes” for Australia’s tennis stars.

While that shapes as an straightforward opening assignment for the enigmatic former quarter-finalist, James Duckworth’s showcourt showdown with Britain’s golden boy and two-time champion Andy Murray is anything but.

On medical advice, Kyrgios withdrew from this week’s Mallorca Championships with a painful abdomen.

Should he have recovered enough to get past the talented Jubb in his opener, he would play either Filip Krajinovic or Czech Jiri Lehecka in the second round.

WHO THE AUSSIES FACE IN THE FIRST ROUND AT WIMBLEDON